Originated from the Andes Mountains of South America. Alpacas are currently located throughout many countries including the United States and Australia.

There are 2 types of Alpacas, Huacaya and the Suri. 95% are Huacaya with a full crimp or crinkle fleece. The Suri has a straight fibre which hangs down in ‘dreadlocks’. Alpacas can come in 20 different colours from all shades of brown, grey, creams, blacks and of course white. They have pads instead of hooves. An adult Alpaca can stand about 1m at the     shoulders and 1.5m at the head. They can weigh up to 85kgs. 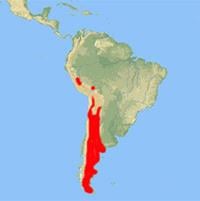