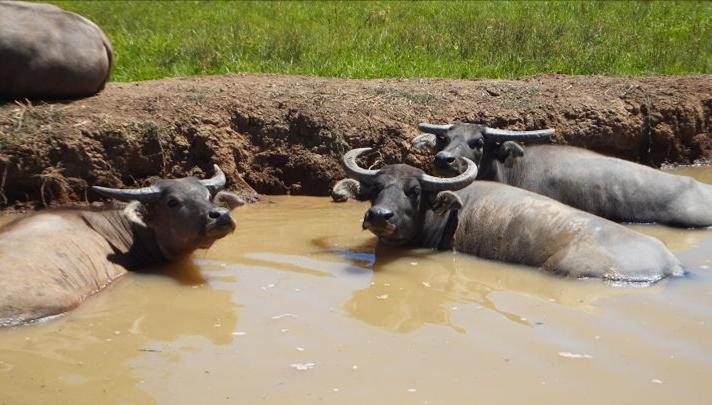 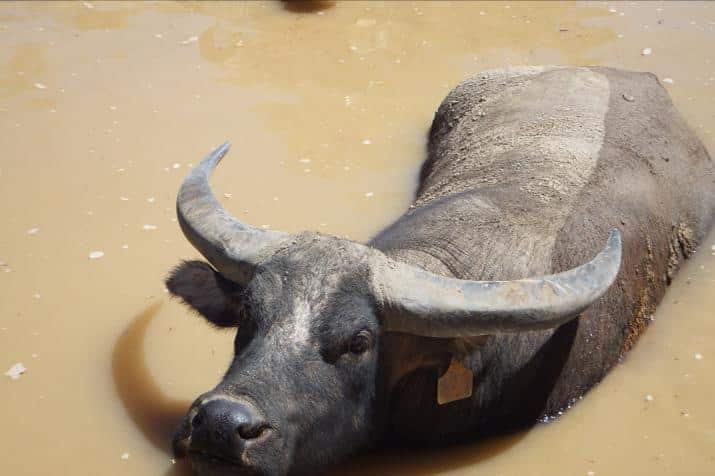 Native to parts of Asia including Nepal, India, Vietnam, Malaysia, Thailand and Bhutan. This species occupies wet habitats ranging from Riverine forests, woodlands, grasslands, marshes and swamps usually in lowlands but up to elevations of 2800m in Nepal. The Asian Water Buffalo has been predominantly domesticated and introduced buffalo can now be found widespread reaching as far as North Africa, and the Near East, as well as Australia, Brazil and Central America.

Wild water buffalo are larger and heavier than domestic buffalo, and weigh from 700 to 1,200 kg. Their head-to-body-length is 240 to 300 cm, with a tail 60 to 100 cm long, and a shoulder height of 150 to 190 cm. Both sexes carry horns that are heavy at the base and widely spreading up to 2 m along the outer edges. Their horns exceeding in size compared to that of any other living bovid. Their skin colour varies between ash gray to black. The tip of the tail is bushy; the hooves are large and splayed. 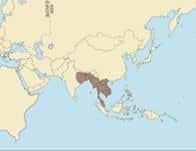