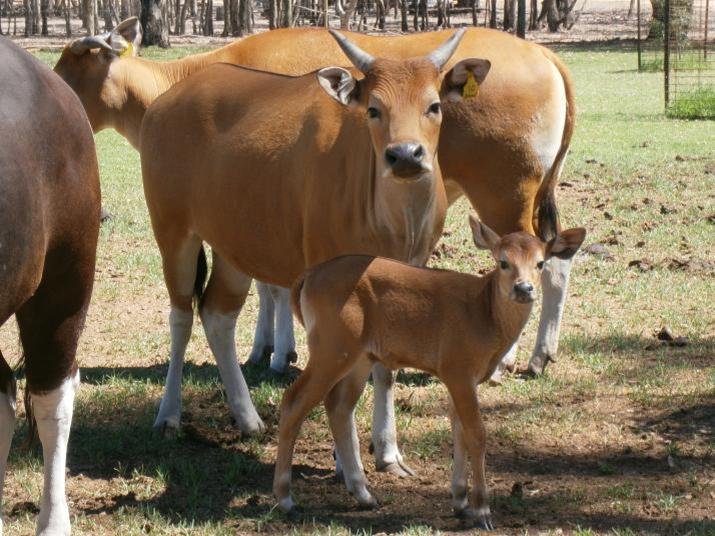 Dense forest and bamboo jungles in Asia and countries such as Indochina, Borneo, Java, and the Malay Peninsula.

Mature males have a blue-black coat in colour, while females and juveniles are reddish brown with a dark dorsal stripe. The build is slightly smaller to that of domestic cattle, with a rather slender neck and small head. The horns of females are short, tightly curved and point inward at the tips, whereas the males have long, upwardly arching horns connected by a horn-like bald patch on the forehead. Both sexes have the characteristics of white ‘stockings’ on their lower legs, a white rump and muzzle, and white spots above the eyes. A gentle hump exists above the shoulders, and a slight ridge runs along the back. They can stand at approximately 1.55m at the shoulder and weigh from between 600 – 800kgs. 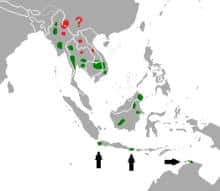