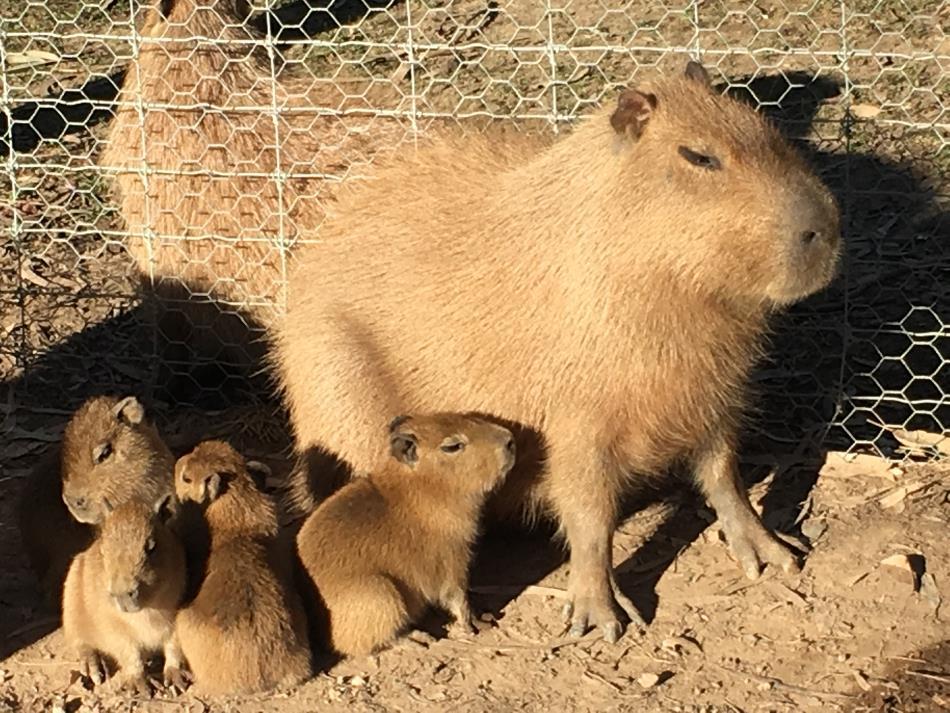 Capybaras are located in South America and also Panama, the most southern country of Central America. Capybaras are mostly found in dense forests near water sources such as streams, ponds, rivers, swamps and lakes.

The Capybara has a heavy, barrel-shaped body and short head, with reddish-brown fur on the upper part of its body that turns yellowish-brown underneath, Adult Capybaras grow to 106 to 134 cm in length, stand 50 to 62 cm tall, and typically weigh 35 to 66 kg with females slightly heavier than males They have slightly webbed feet  and their hind legs are slightly longer than their forelegs; they have three toes on their rear feet and four toes on their front feet. Their muzzles are blunt, with nostrils, and the eyes and ears are near the top of their heads. 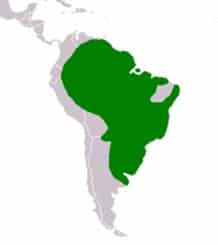