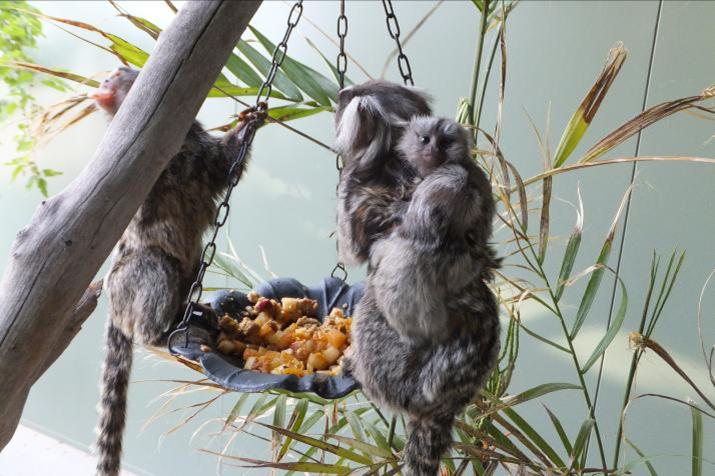 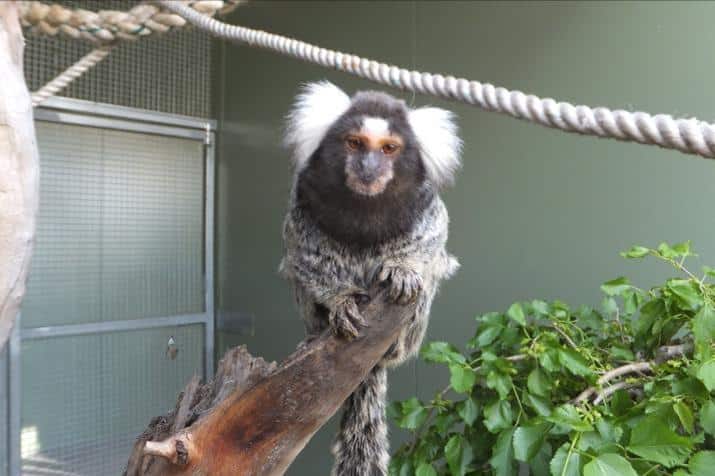 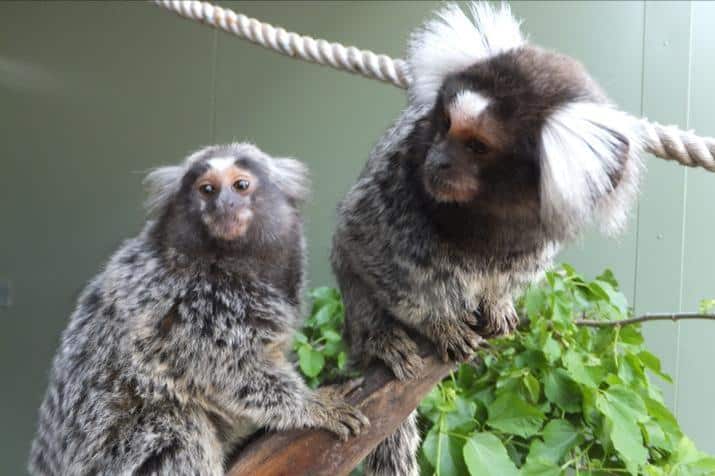 Common Marmosets are native to East-Central Brazil. They can be found in a number of forest habitats including Atlantic coastal, semi-deciduous, Savanna, Riverine, Dry Secondary Forests and Edge habitats.

Common Marmosets are relatively small monkeys with long banded tails. Males grow to an average height of 188mm with females growing to 185mm. Their coats are multi-coloured, with mottled brown, grey and yellow markings. They have white ear tuffs and claw-like nails known as tegulaes on most of their fingers with only their big toes having flat nails or ungulaes.