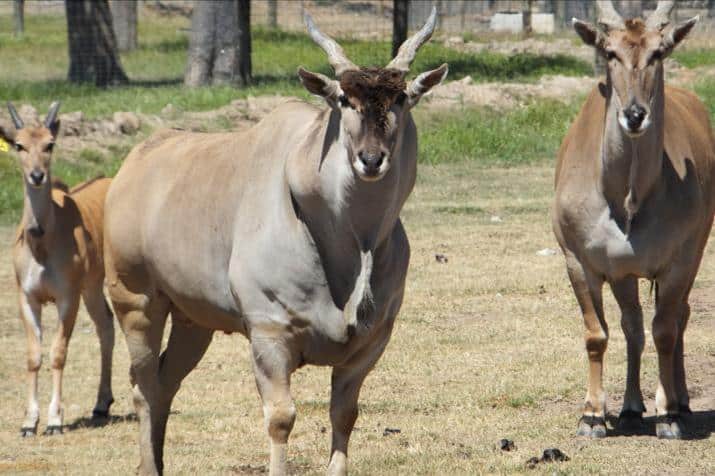 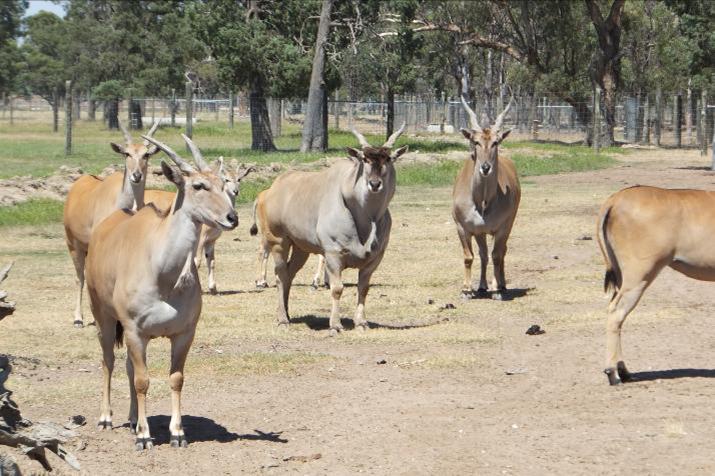 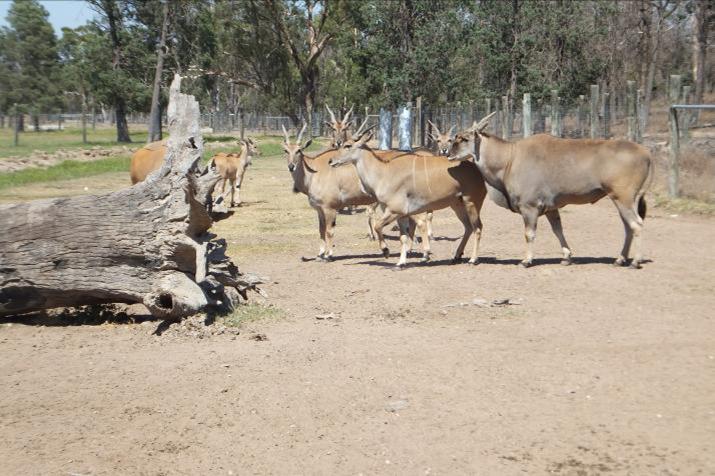 Fawn brown in colour with faint vertical white stripes on their sides and a black stripe down their back. They are the largest antelope with a heavy ox-like build. Both males and females have spiral horns and stand up to 2 metres at the shoulder. They have a short mane on their neck and shoulders with a dewlap (fold of skin) hanging from their necks. Females can weigh between 300-600kg with males ranging anywhere between 500-900kg. 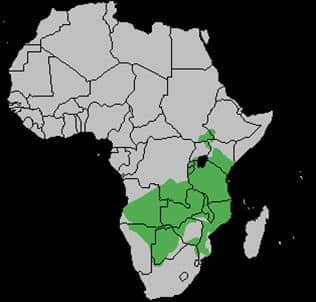