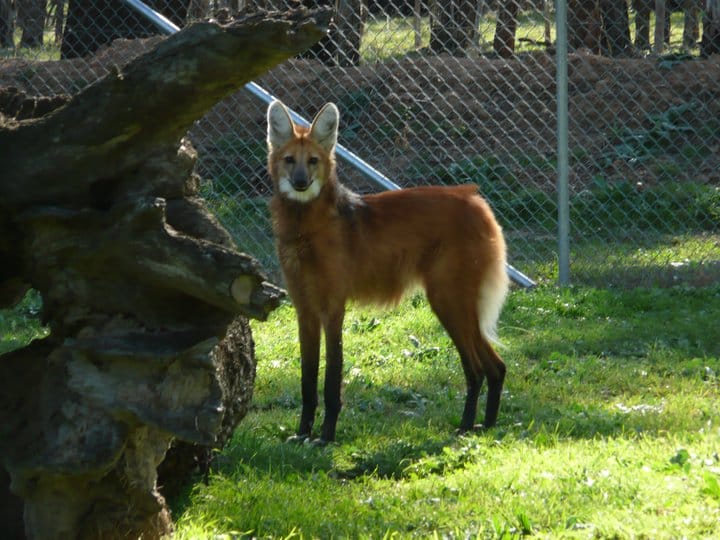 The fur blends from reddish brown to golden orange on the sides, with long, black legs and a distinctive black mane. The coat is further marked with a whitish tuft at the tip of the tail and a white "bib" beneath the throat. The mane is   erectile, and is typically used to enlarge the wolf's profile when threatened or when displaying aggression. Adults stand almost 1m tall at the shoulder, and weigh 20 to 25 kg 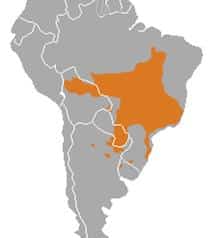