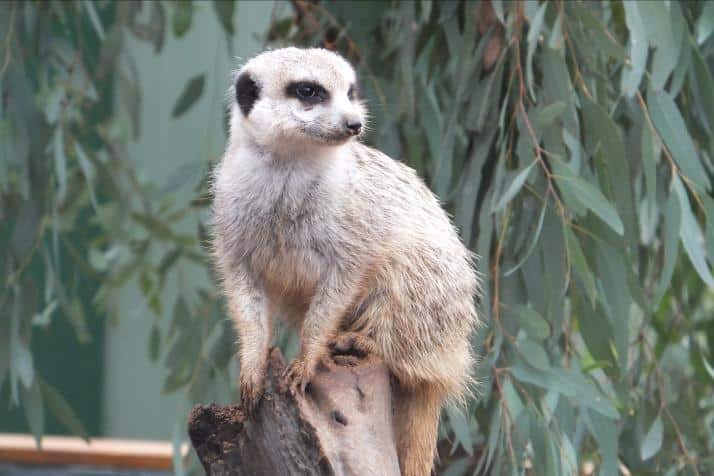 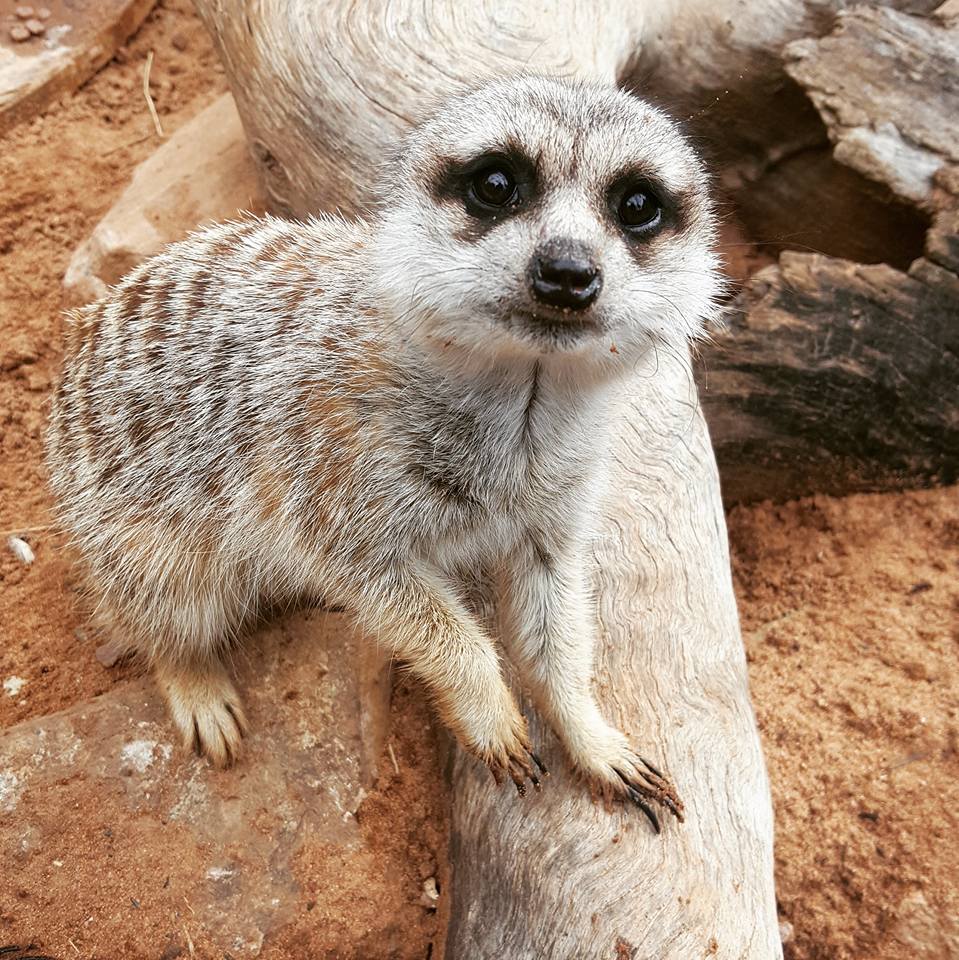 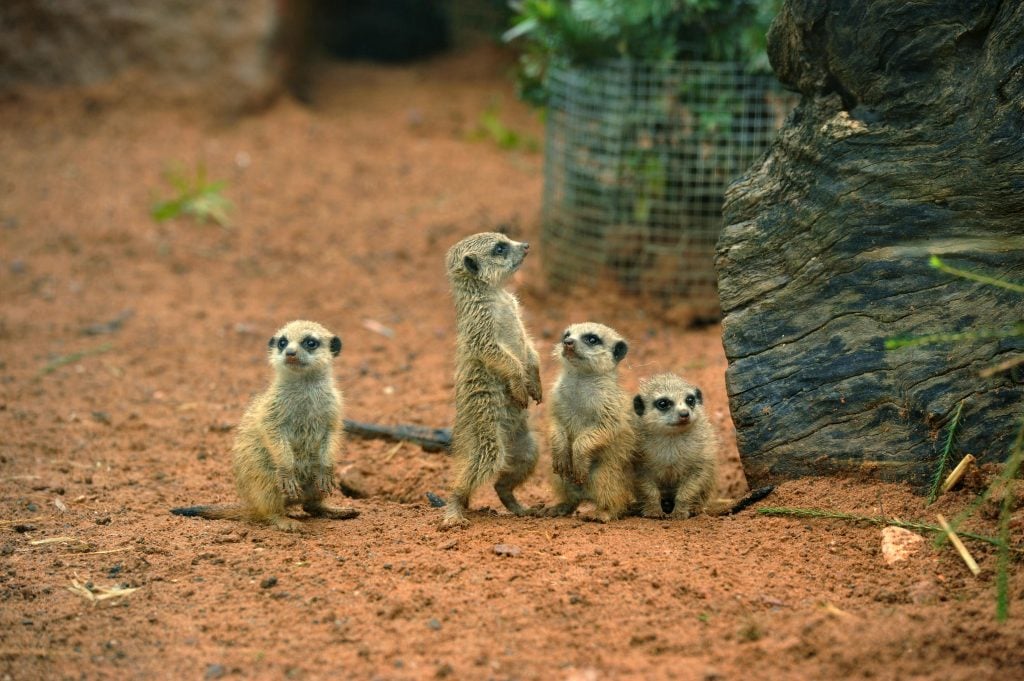 Meerkats live in open, arid areas with grass lined burrows in the Kalahari Desert in Botswana; the Namib Desert in Namibia, South-Western Angola, and in South Africa.

The Meerkat’s coat is usually fawn in colour with brown, tan or grey flecks. They have stripes across their backs with the pattern of these stripes unique to each animal and have thin fur and dark skin on their bellies. Meerkats stand 25-35cm tall and weigh between 0.68-0.9kgs. Their tails can be from 17-25cm long and they use these as tripods to balance on when they stand in an upright position. 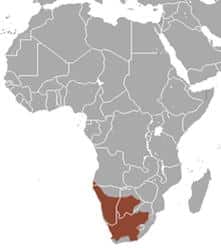