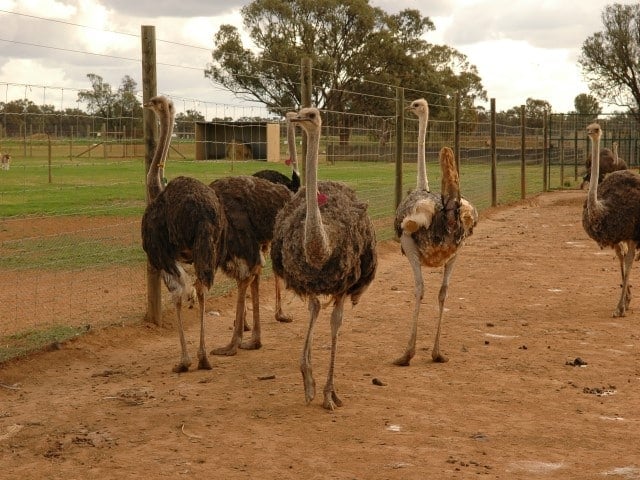 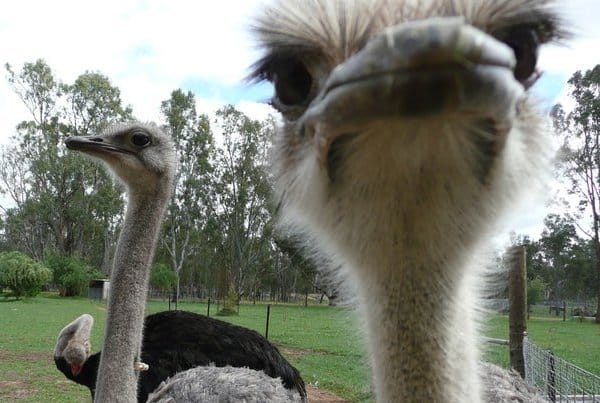 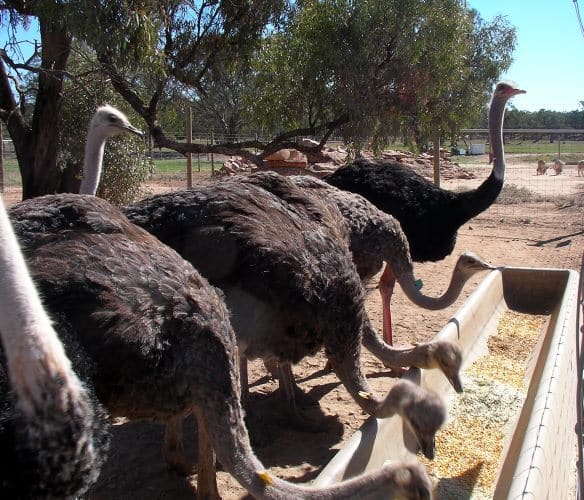 Ostriches inhabit the Sahara, Somalia, Ethiopia and parts of East and Southern Africa. They are found in sparsely wooded areas, savannah grassland or areas of semi-desert where there is sufficient grass or vegetation.

The male is black with white wing tips whilst the female is brown in colour. They have two toes; one is long with a short nail whilst the other is short with no nail. They can grow up to 2.5m tall and weigh up to 155kgs. 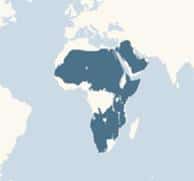