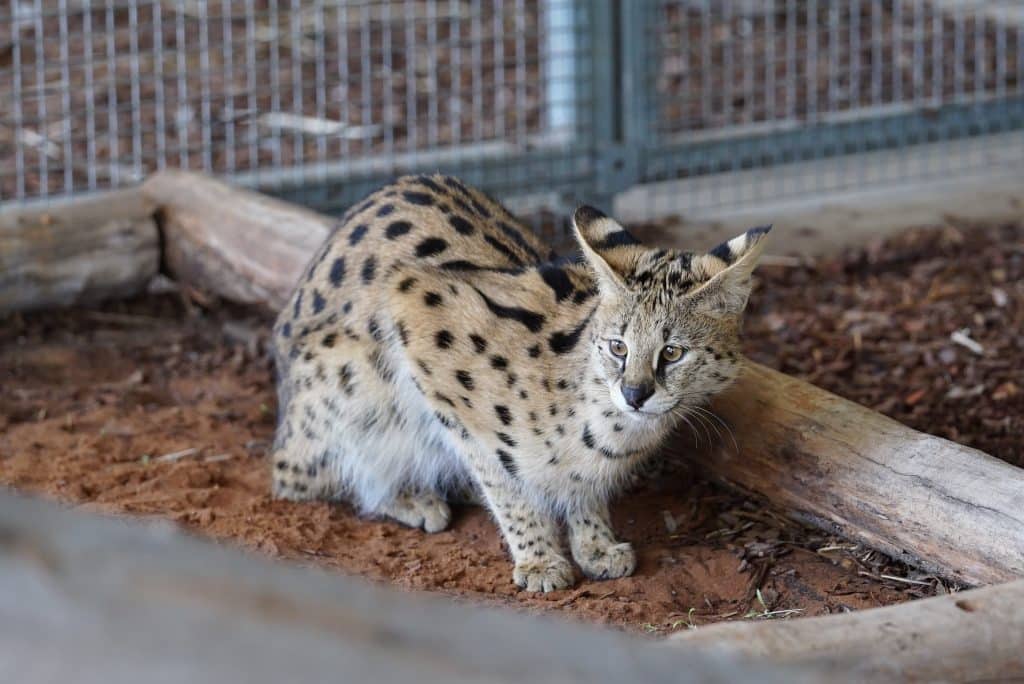 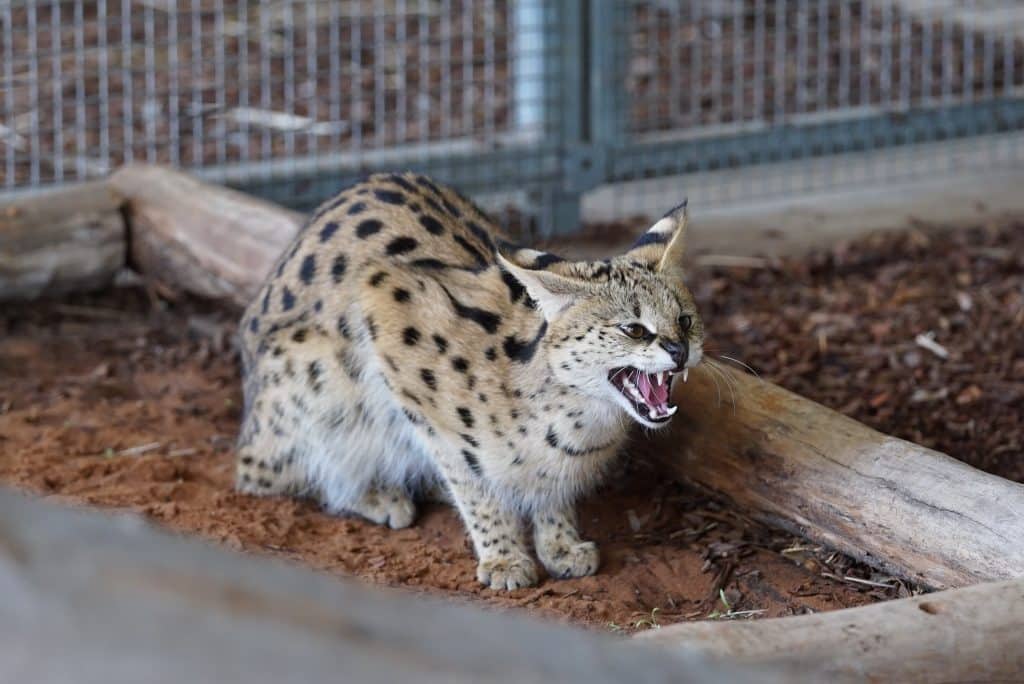 Servals are common in savannas where there is plenty of water. They prefer areas of bush, tall grass, and dry reed beds near streams, but they are also found in high-altitude moorlands and bamboo thickets. They are found in most parts of Africa, with the exception of Central Equatorial Africa, the very Southern part of the continent, and the Sahara region.

Servals are a medium sized wild cat with incredibly long legs and large ears. Their coat is a yellow-brown in colour dotted predominantly with black spots. They have 4 black stripes  that run from the head to the top of their shoulders. The back of their ears are black with large distinctive white stripes through the middle of them. Servals stand 54 - 66cm at the shoulder with an average body length of between 59 - 92cm excluding the tail. Males weigh    between 9 - 18kg while females weigh in at 7 - 12kg.