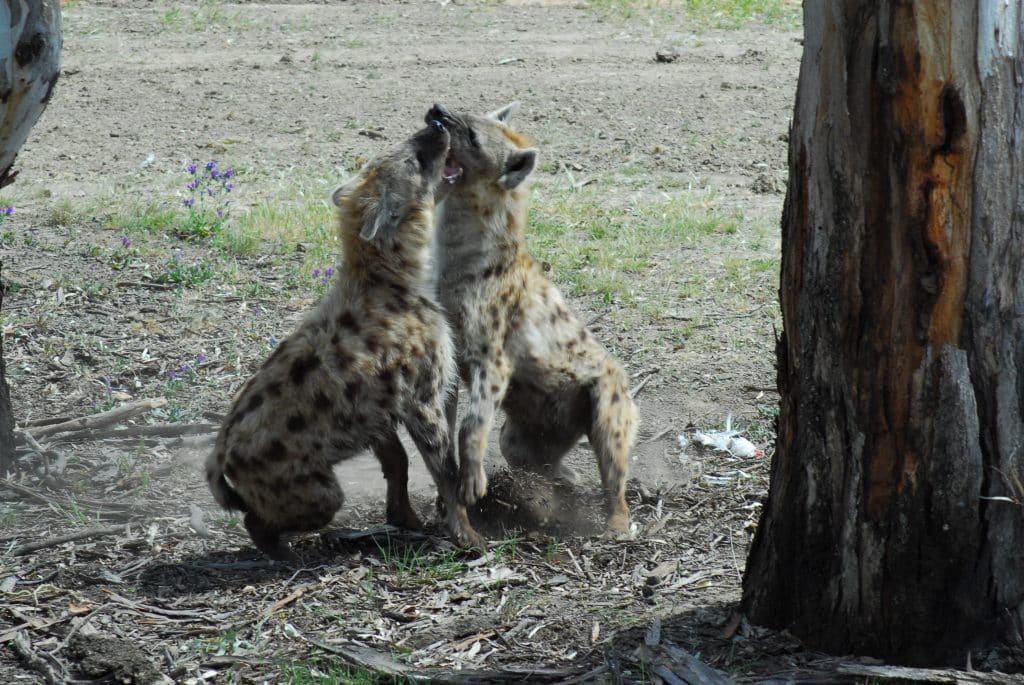 Spotted Hyena are found in Africa in countries such as Chad, Sudan, Angola, Zambia, and Zimbabwe. They prefer grasslands inhabited by their herbivorous (plant-eating) prey. They also occupy woodlands and semi-deserts and prefer to sleep in dens.

Spotted Hyena can weigh up to 70kg but average between 45-55kg with the females being slightly larger than the males. Their shoulder height measures between 80 and 90cms. Their coats are rough and short and are sandy, tan, reddish or greyish brown in colour with black spots, which gradually lightens with age. They have dark faces, short black bushy tails and have a very strong build, thick neck and powerful jaws. The sloping back, caused by front legs that are longer than the hind legs, allows for long-distance pursuit of prey. The neck and back are also covered with a short mane of hair that can be raised to make the Hyena seem larger.