Wapiti are light brown with dark faces, necks and legs. They have a creamy-coloured rump patch with stubby tail. A bull can have wide branching antlers up to 1.2m in width and weigh up to 18kg. A bull can weigh up to 180-450kg with females weighing between 120-300kg and lack antlers. 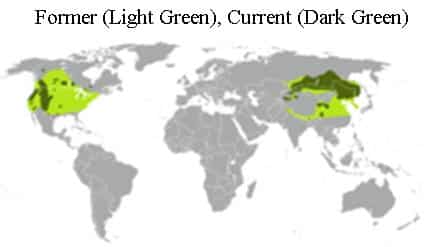