Waterbuck inhabit areas that are close to water in savanna grasslands, gallery forests and riverine woodlands south of the Sahara in southern & eastern Africa (including countries such as Botswana, Kenya, the Democratic Republic of Congo, Ethiopia, Nambia and South Africa). Such habitats not only provide sustenance but long grasses and watery places in which to hide from predators.

The Waterbuck has a shaggy brown grey coat with a conspicuous white ring encircling the dark rump. Waterbuck have large, rounded ears and white patches above the eyes, around the nose and mouth, and on the throat. The head-and-body length is typically between 177–235 cm and the average height is between 120 and 136 cm. Only the males have horns, which are prominently ringed and as long as 100cm. The horns are widely spaced and curve back and up. 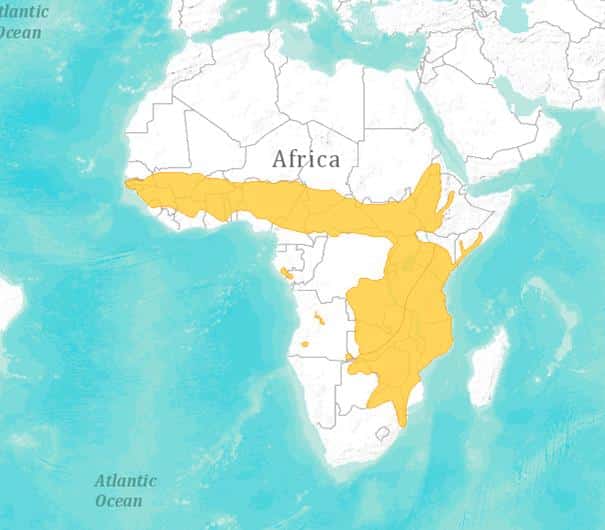